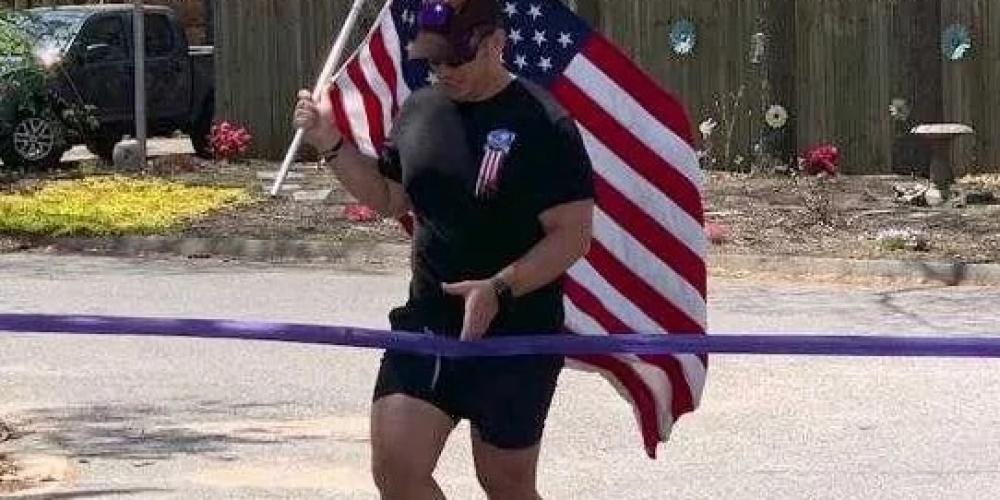 Tony Blackall, a US Navy veteran, isn't afraid of a challenge.

"I want to accomplish it because it's a significant step that will challenge my body and mind. As a veteran of MotoAmerica and a former racer of Road America, Blackall concurs that he is going all out for Road America.

He meant "travel 130 miles from his house in Michigan to the legendary four-mile track in Elkhart Lake, Wisconsin" when he said "rock on over."

"In Michigan, we have a trail called the White Pine Trail that runs north and south, so it was a great picturesque journey," Blackall explains.

The goal is to promote awareness of veterans and the challenges they encounter, especially those faced by Blackall.

Blackall added: "When my wife noticed it, I knew it was something. She noticed me retreating into a dark room and avoiding social interaction, and I pulled back from everyone."

He doesn't only walk for the sake of walking; he also races.

"I believe it begins with an adrenaline surge as soon as you take off but eventually settles into a peacefulness as you feel one with the world once more. You're complete, "Blackall agrees.

While competing in the MotoAmerica Superbike circuit, he uses every aspect of his escape to help people across the country.

"Taking the episode to the paddock, I can explain to other people how I managed to cope with the situation. Kids may not be as interested in motorcycles as other activities, but you can give them the impression that there is something they can look forward to, according to Blackall.

Additionally, by establishing Blackall Racing, he has made sure the wheels with a purpose continue to turn once he has retired from racing.

"I just think of it as if it saved my life and could save someone else's. Having a larger team allows us to have a larger footprint, enabling us to help more individuals, "Tony explains.

This veteran's desire to protect and serve his nation is unsurprising. He battled for liberty and is now fighting for a brighter future.