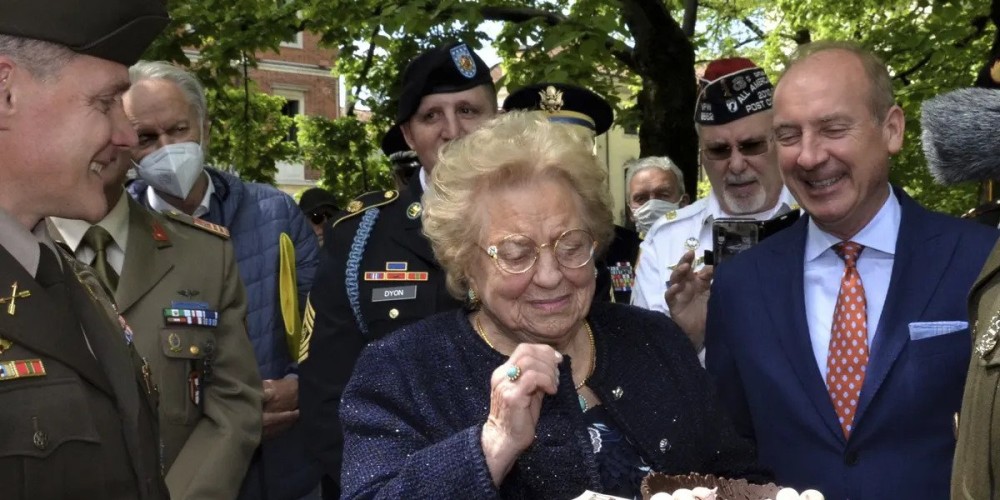 Meri Mion, who is 90 years old, had a cake stolen from her window by US Army forces replaced when she was 13 years old.

Repentant American soldiers have given an Italian woman a birthday cake to compensate for the one his forefathers stole from him 77 years ago while it cooled in a window at his home.

When US troops arrived in Meri Mion's village of San Pietro in Vicenza, northern Italy, they were fighting German soldiers on the eve of her 13th birthday.

Meri Mion's mother made the first cake on her daughter's birthday.

During the battle, his family stayed in the attic and evacuated the next day when the German soldiers fired near his house departed.

Later, Mion's mother baked a cake and left it outside to cool by the open window, only to have the cake stolen by American soldiers.

An emotional ceremony was held at Giardini Salvi in Vicenza to celebrate Mion's 90th birthday with a new cake presented by US Army soldiers.

He claimed he wasn't anticipating the cake, despite recalling the time when his 13th birthday baking "disappeared."

According to the local paper Il Giornale di Vicenza, "I was shocked. But then I realised that American forces had taken it, which delighted me." Given everything they'd done, it was a satisfying conclusion."

During a battle between US and German forces in Vicenza in 1945, Gomlak described locals donating bread and wine to the troops, which helped them survive.

Mion stated she would celebrate her 90th birthday by sharing the cake with her loved ones. "I'll devour the cake with my complete family, remembering a memorable day."