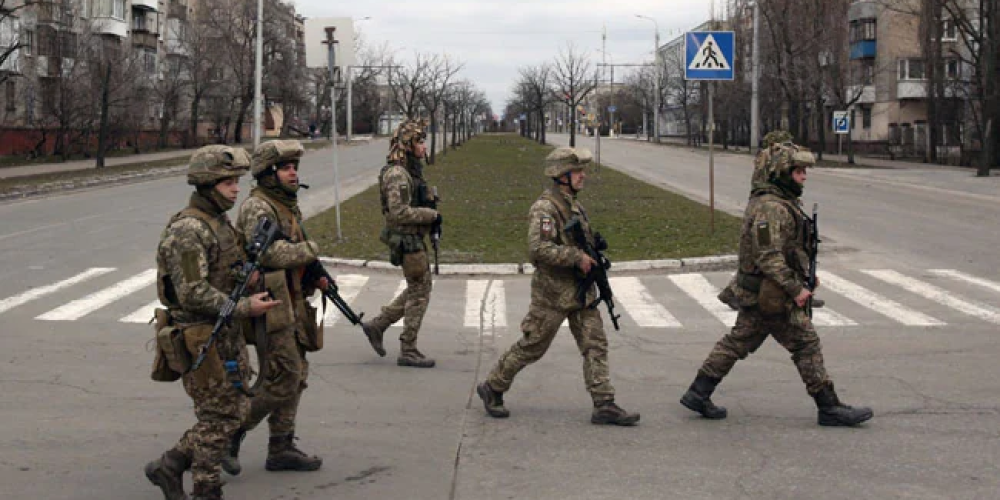 Detroit man joins thousands of foreign veterans serving in Ukraine. Dan Rebar is taking the bus to Chicago to fly to Warsaw, Poland, on Monday. With the assistance of a local guide, he will cross into Ukraine where he plans to join the International Legion of Defense of Ukraine in Kiev.

For him, the decision came after Ukraine's President Volodymyr Zelenskyy called on foreign military veterans to help with Ukrainian defense.

As I read his statement calling for citizens of the world to unite, it was as if he were calling for a great awakening. Exactly. "I knew this was coming," Dan told Action News. "When you're expecting a visitor and you never know when they're going to show up. But then you hear the knock on your door and you're like I knew it was coming."

Having served in the Air Force in the 90s, Dan feels like this is his calling. The soldier is leaving his job as a security guard at the Ren Cen to join the International Legion. His decision comes at a time when Ukrainian civilians are increasingly threatened as Russia intensifies its strikes in Ukrainian cities like Kharkiv and Mariupol; the latter, Russia maintains, is in its hands.

Dan visited the Ukrainian Consulate here in metro Detroit to find out how he could enlist. He admits it's hard to enlist the official way.

After visiting the consulate a second time, he was able to connect with Sasha Tkachenko, who helps run United Support for Ukraine from Hamtramck, MI. The volunteers there work around the clock collecting donations to ship over to Ukraine in bulk.

Dan will hand deliver the things Sasha and his team collected during his trip to Ukraine.

A significant portion of the supplies will be brought overseas," Dan stated, pointing at a mountainous pile of suitcases and first aid supplies neatly packed. Dan will deliver the aid supplies and then meet up with a local contact to get to Kyiv, where he'll join the Ukrainian army.

“It’s become real. And the training has returned,” he said. It is training that Sasha is already using. In conjunction with two combat medic friends, Dan assisted local volunteers in the assembly of hundreds of personal medical packs, packed so that soldiers can easily access life-saving tools such as tourniquets.

"It's making a difference," Sasha said.

It's giving us a lot of good feedback, because people who get the bags are saying, "This is awesome."

As of right now, Dan's stay in Ukraine is undetermined.

Sasha said it's helping her in her heart. Dan's volunteering is not taken lightly. Asha's family and friends are still in Kyiv.

"A lot of my friends are already there. In addition, I will be considering one more person," Sasha told Action News.