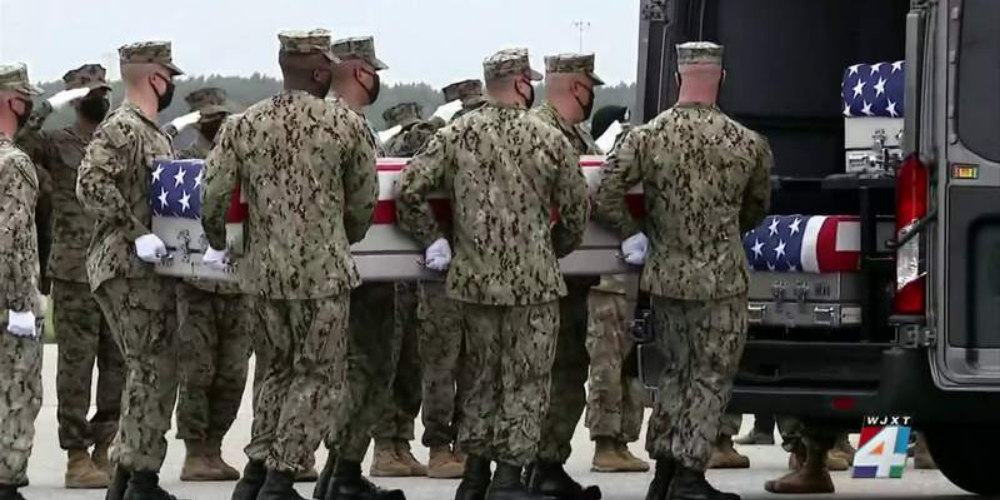 As the 20-year war in Afghanistan officially comes to an end, one former US Marine and Afghanistan veteran is making sure his fallen comrades are not forgotten.

James LaPorta, an investigative reporter with the Associated Press, is tweeting out the names of all the US service members who died during the conflict in chronological order, including personal information about the men and women as well as their date of death.

LaPorta began memorializing his compatriots on the eve of President Joe Biden's Tuesday announcement that the US had completed its two-week evacuation mission out of Afghanistan following the Taliban takeover earlier this month.

"I just started doing it because it felt like the right thing to do," LaPorta told Insider.

By Tuesday evening, LaPorta had tweeted out hundreds of names - and still had a decade of deaths left to memorialize.

Starting with Evander Earl Andrew, who became the first American casualty in the US war on terror when he died on October 10, 2001, LaPorta has diligently tweeted out the names, ages, hometowns, and dates of death for the many fallen.

Nearly 2,500 US service members are estimated to have died during the 20-year war in Afghanistan. At least 47,000 Afghan citizens and about 66,000 Afghan military and police members died as well.

Last week, LaPorta broke down on MSNBC's All In with Chris Hayes while discussing the 13 US service members killed in the Kabul airport bombing.

"Those servicemen were facilitating those Afghans to a better life," he said. "And to perhaps a life of peace. It's a hard day."

LaPorta's commemorative tweets have been met with an outpouring of support from military families, fellow journalists, and current and former service members. He told Insider he hasn't yet read all the responses he's received but has heard from a few Gold Star families who reached out to say thank you.

"Wars do not end with a withdrawal or a retrograde or a retreat or the signing of peace treaties," LaPorta said. "They go on and on in the minds of people that lived through them and in the families that they have permanently shattered."

"The least that can be done is to remember," he added.