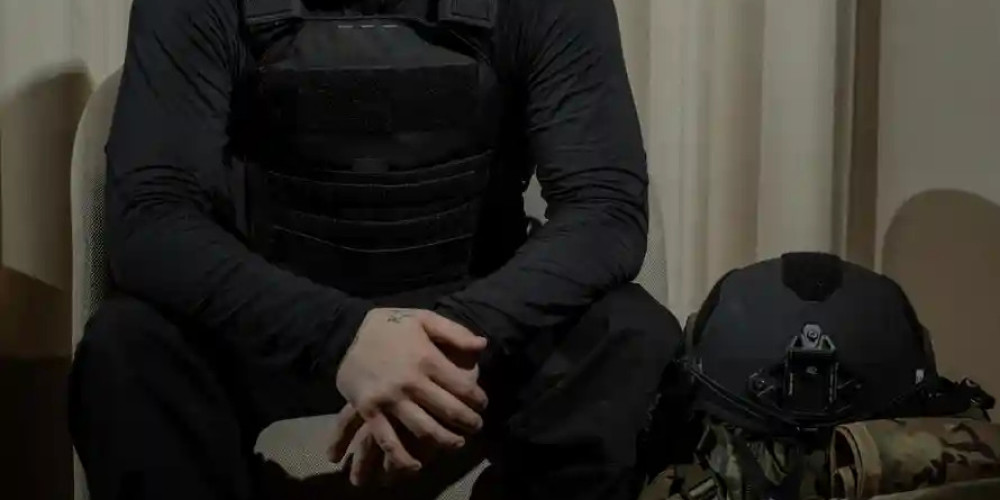 The car is hurtling toward Ukraine at 100 miles an hour, crammed beyond any reasonable capacity. Every space not occupied by bodies is filled by the sort of luggage you bring when you’ve volunteered for a last-ditch battle in a nuclear-age crusade: armor plates, iodine tablets, field dressings, satellite phones. Everything except guns. Those will be provided.

My fellow riders – four Americans, three of them former military – are explaining why a person would drop everything and travel across the world to risk his life defending someone else’s country.

“All of us have the same story,” Tay, an Afghanistan veteran, says. That’s not quite true, but his story might as well be the starting point.

A month earlier he was home in Dallas, Texas, watching videos about the Russian invasion, when he saw the president of Ukraine addressing the world. “To all the friends of Ukraine who want to join the defense,” Volodymyr Zelenskiy said, “come. We will give you weapons.”

Tay served with the 82nd Airborne in Ghazni province, Afghanistan. He marched in front of armored vehicles, sweeping for mines, and guarded against enemy motorcyclists. His unit was under constant IED attack.

After he began to have seizures, he was honorably discharged and labeled “disabled”, a classification he accepted out of economic necessity but resented. With prolonged treatment, the seizures mostly went away, but not before he went through a bad spell. His marriage ended; he got in fights and trouble with the law.

He spent years pulling himself out of the hole. He “unchubbied” himself, after so much time spent fat and depressed. He found work as a private investigator and later in underwater construction, building docks for rich people. He had partly succeeded at his project of personal reconstruction when he started to see pictures of Ukrainian civilians making molotov cocktails, and bombed-out maternity hospitals, and Zelenskiy in his olive-green zip-up.

That’s when he contacted his congressman’s office, which agreed to secure him an emergency passport after he found a Ukrainian NGO to vouch for him. He began packing, and bought a one-way flight.

When he broke the decision to his friends and family, “the reaction was terrible”. They were distraught that he would walk away from his civilian life, from his nice high-rise apartment, to fight and possibly die for Ukraine.