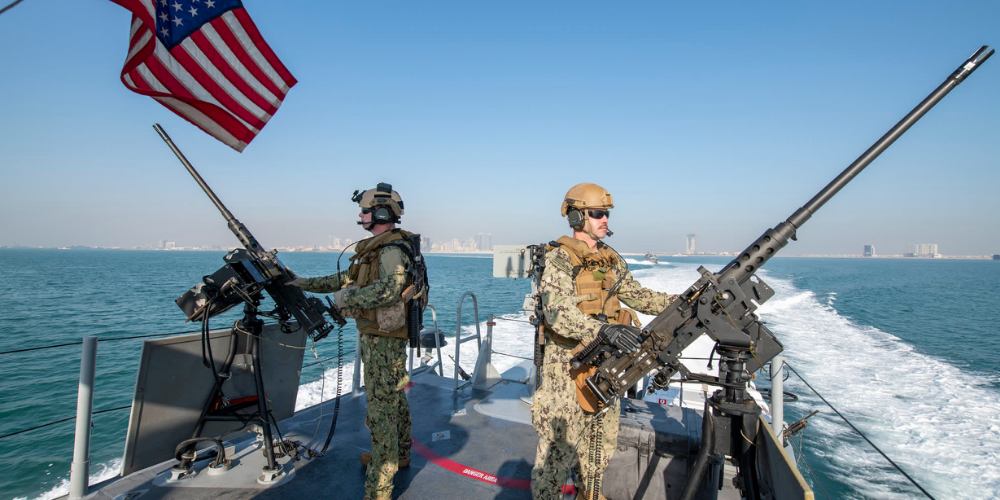 The Navy is making major changes to its after-hours security and shipyard procedures in the wake of the Bonhomme Richard fire, sailors told Military.com.

The fire aboard the Bonhomme Richard, which was undergoing shipyard maintenance, broke out on July 12, 2020, a Sunday morning when the amphibious assault ship was manned only by the duty section. It began in the ship's "lower V" cargo hold and lasted for four days, burning at more than 1,200 degrees Fahrenheit. The incident is considered the Navy's worst U.S. warship fire outside of combat in recent history.

One of the key changes the Navy is putting in place is an increase in how often senior leaders in duty sections -- sailors who stay aboard when the rest of the crew is off -- walk through the entire ship looking for safety or security issues.

The ship's "engineering duty officer, the fire marshal, the command duty officer and the section leader -- they all have to rove," Senior Chief David Mafoka said during a ship tour of the littoral combat ship Kansas City.

The four leaders, typically senior enlisted personnel or officers, "all have to rove [around the ship] three times a day and they can't do them all together," he explained. "They have to rove through all the engineering spaces, and they're focusing on the firefighting equipment."

According to the court document, Lt. Cmdr. Felix Perez, the officer in charge of the ship's damage control efforts, told investigators less than a week after the blaze was put out that three of the four fire stations in the upper and lower V compartments "were not in their normal configuration," adding that he thought that they "appeared to have been purposely tampered with and/or disconnected."

Mafoka said that some requirements for the fire marshal position, the sailor charged with fire safety in the duty section, have been changed to require extra schooling.

Previously, the Navy required only one sailor to patrol the ship, looking for problems. They were typically junior sailors and held no leadership role in the duty section. The change increases both the frequency of the required walkthroughs, as well as the seniority of the sailors tasked with doing so.

Mafoka said there also have been "a lot of additional requirements for when you go into the yards."

That includes a stipulation to place quick disconnect fittings on the hoses and pipes that are run throughout a ship undergoing maintenance. The lack of those fittings is believed to have contributed to the spread of the fire on the Bonhomme Richard.

"One of the problems on BHR was they tried to compartmentalize some of the spaces, and we found out that there was hoses going in-between space to space to space -- they couldn't shut the doors," Nowakowski said.

"You couldn't set the boundaries [to stop the fire from spreading]," he added.

Nowakowski said the Navy is considering increasing how much firefighting training sailors get in boot camp in the wake of the catastrophe.

The hope is to use some of that extra time to provide "additional firefighting and damage control training to the sailors," he added.

On July 29, the Navy announced that Mays had been charged under Article 110, wrongful hazarding of a vessel, and Article 126, aggravated arson, of the Uniform Code of Military Justice in connection with the blaze.

Gary Barthel, the defense attorney for the accused sailor, said that his "client is adamant that he's not guilty of anything that he's been charged with."

"He maintains his innocence," he added.

Dismantling of the Bonhomme Richard began April 15 after it was determined it would take at least $2.5 billion and five years to fix the ship.