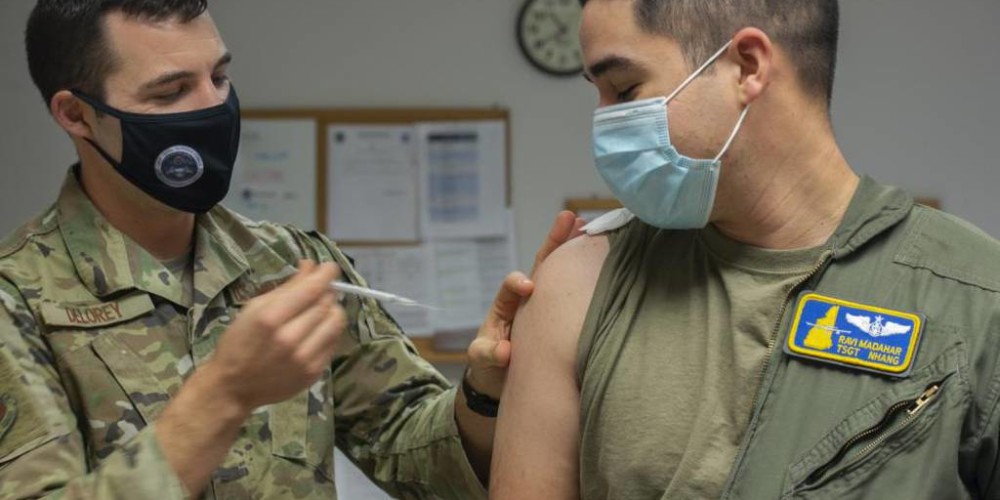 There are new consequences for thousands of Air National Guardsmen who aren't vaccinated against COVID-19.

2,500 Air National Guard members are ineligible for pay or benefits as of Dec. 31. The troops are also prohibited from finishing jobs, taking on new orders, showing up to drill weekends or training.

That's the latest step the service is taking against airmen who refuse vaccines. Another 3,600 or so guardsmen could be denied religious exemptions - which so far no one has claimed.

A few thousand more are exempt for administrative reasons, like upcoming retirements, or medical reasons like severe allergies. If you're exempt or waiting to hear if you're exempt, you can still participate in regular Guard events.

About 107,000 airmen serve in the Air National Guard. Nearly 92% of those who started have finished their one- or two-dose vaccine regimen. They had until Dec. 2 to get protected.

Last month, the Air Force announced it was moving guardsmen who hadn't gotten at least one shot into the Individual Ready Reserve (IRR), an organization that keeps troops on standby without requiring them to train. Those airmen got listed as "nonparticipating," so they wouldn't get paid or get points toward retirement.

In view of commanders across the country examining individual cases, it is difficult to estimate how many people have already retired or gone to the IRR. The report did not provide information on how many guardsmen in each state are unvaccinated, as requested by Air Force Times.
By canceling or curtailing their orders and listing them as unexcused absences at drill roll calls, the Air National Guard withholds payment from unvaccinated members. The service said if people don't get paid for their work, they won't get an invoice.

Also, the airmen will lose their military health and life insurance when they are moved to IRR, but they can still go to military bases with their IDs.

The Oklahoma National Guard's commander, Brig. Gen. Thomas Mancino, told troops Dec. 30 he was banning the state's unvaccinated air guardsmen from drills. A district court ruled against the governor's lawsuit to stop the federal vaccine mandate, so he announced he would follow Air Force recommendations.

"Commanders are responsible to ensure unvaccinated members do not show up for duty and pay documents are not submitted for payment," Hall said.

Nearly 828,000 Americans have died so far from COVID-19, according to the Centers for Disease Control. 148 troops, civilians, contractors, and dependents in the Air Force.