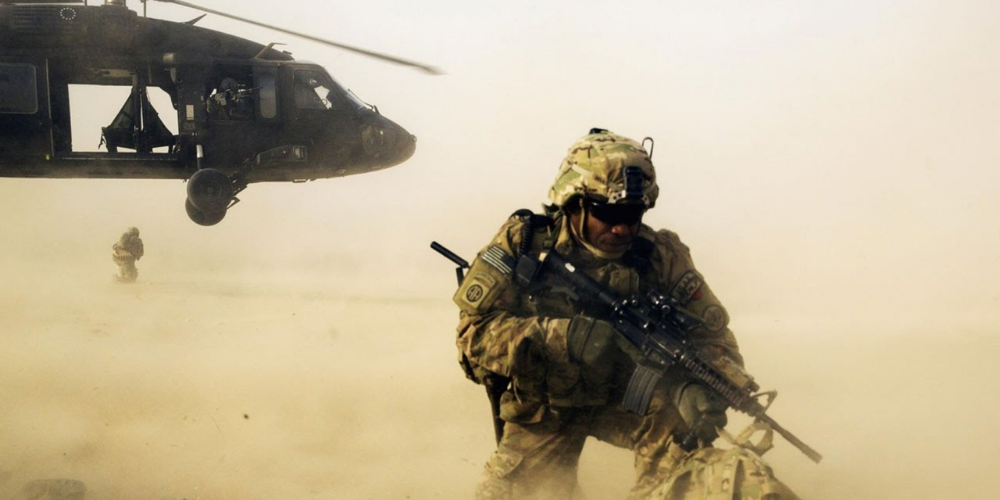 As one veteran explained to me: "I've been asked, 'Have you ever killed anyone in war? Are you messed up at all?'"

"I don't take offense to any of that because I realize we went somewhere, we were gone for a couple of years, and now we're back, and now no one knows how to talk to a person."

This sense of estrangement from the rest of the population is, in my experience, common among veterans. I interviewed 30 former military personnel between 2012 and 2018 for "After Combat: True War Stories from Iraq and Afghanistan" – a book I co-authored with retired Army Col. Michael Gibler, who served as an infantry officer for 28 years, including deployments to both Iraq and Afghanistan.

As the U.S. marks the 20th anniversary of the 9/11 attacks and the global war on terrorism, I believe that civilians would benefit from hearing veterans' stories. It can help provide an understanding of the experience of mortality among the men and women who served in America's name.

Neither I nor my co-author asked veterans directly if they had been killed, and every person we spoke with had a unique experience of combat. All 30 interviewees, aged between 20 and 55 and from various backgrounds, were guaranteed anonymity to allow them to talk freely with us about their experiences of killing in combat. Their names have been changed for this article.

Killing in contemporary war rarely clarifies combat portrayed in war movies or video games, where the opponent is visible and threatening. In the fictional scenario, it is clear when a life is threatened and how to fight for the survival of oneself or one's unit.

"People think it's like 'Call of Duty,'" one veteran said, referring to the popular video game, or that "it'd be cool to do that." However, even in a direct engagement, like an ambush, it may not be clear who you are shooting at – it could be a response to a muzzle flash in the distance or laying down covering fire, he explained.

Describing an incident in which three men attacked his unit, one veteran, Beau, recalled the moral clarity he felt while shooting at a visible combatant.

"I know that they're bad because they're shooting at me," he said.

But in other firefights, the situation was less clear, and as Beau explained, "For every innocent person that dies, that's five more terrorists. I need to get this right."

Beau said he preferred to look an enemy combatant in the eye, even when his own life was in danger. He indicated that it confirmed his view that these were "bad" people intent on killing him first.

Many recruits like Beau go into combat believing that killing is necessary for war conditions and believing that the wars in Afghanistan and Iraq were militarily and politically justified. But they are still changed by having been killed.

One soldier shot back from his guard post when under fire from a nearby house. His unit entered the house to find a dead man with a warm rifle. But the guard was discomfited when congratulated on this kill by fellow soldiers. To his comrades, he had acted in self-defense and protected others from the shooter. But even in this situation of militarily justified killing, he felt he had crossed a line by taking a life.

Others expressed guilt for exposing civilians to danger. One veteran spoke of feeling responsible when a young informant was executed after providing crucial information to Americans.

"We found out that the family living there told the Taliban that that little boy ratted them out," Robin recalled. "I found this out two days later, that they executed the little boy that I chose to bring into that compound."

While some veterans return from having been killed in combat without suffering moral injury or post-traumatic stress, others suffer enduring impacts of killing. Studies have shown that the act of killing in combat can cause "significant psychological distress" and is associated with elevated risks of PTSD, alcohol abuse and suicide in veterans.

As former U.S. Army Lt. Col. David Grossman wrote in his book examining the psychological impact of killing, a "dead soldier takes his misery with him, the man who killed him must forever live and die with him."

Reuben can attest to that. He fired on a vehicle accelerating into an Iraqi checkpoint. As the vehicle approached the checkpoint, he shot into and stopped the advancing automobile. Approaching it to investigate, the unit saw he had killed the driver. But he had also "splattered his head all over the driver's child. Six years old. He was sitting in the passenger seat. The fifty caliber does a number on the human body. The man's head was just gone. It was everywhere."

Reuben has ruminated over that moment for many years, trying to reconcile how he had followed the standard protocol but with horrific results – and trying to convince himself, as he told us, that he is not a monster.

Most civilians will never carry the burden of mortality that Reuben bears.

As the 20th anniversary of the terrorist attacks of 9/11 and the inception of America's global war on terror approached, the Biden administration withdrew the last remaining troops from Afghanistan. The military members returning from this conflict, and that in Iraq, will not all be traumatized by combat experience, and not all soldiers who deploy have been killed. But those who have entered a moral space, very few of us share or even particularly understand.