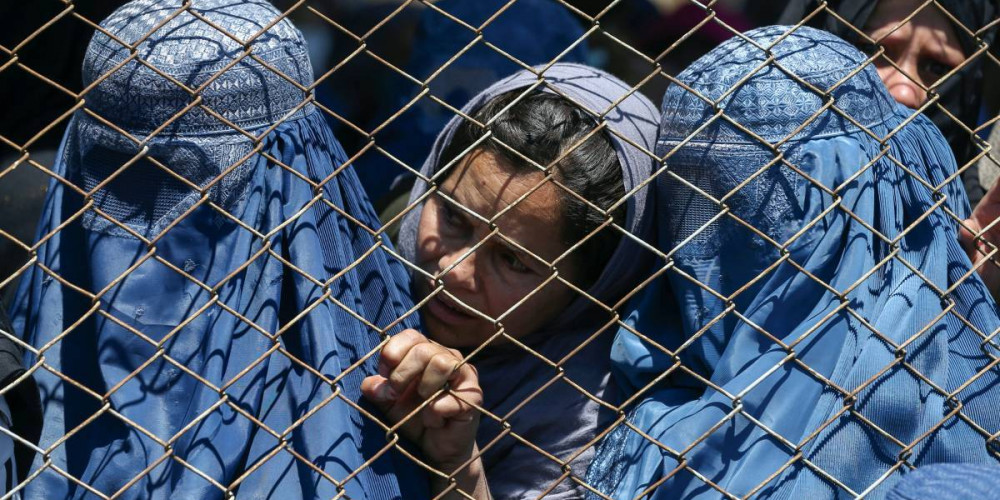 With the withdrawal of US soldiers, the Taliban's reign of terror in Afghanistan is regaining momentum, and women are gradually witnessing a return to the dark days before 2001.

While the Taliban has assured all Afghans of the protection of women’s rights, the women in the country, on the contrary, feel insecure and vulnerable amid the tumultuous times.

Early last month, armed Taliban terrorists stormed the headquarters of Afghanistan's Azizi Bank in the southern city of Kandahar. They forced nine women working there to leave and threatened not to return. Male cousins were permitted to take their place.

An identical scene occurred in a branch of another Afghan institution, Bank Milli, two days later in the western city of Herat.

The insurgents have already taken control of at least nine provincial capitals in less than one week's time, which has given them control of almost two-thirds of the country.

The United States and other countries are concerned that the Islamist organization may reverse many of the liberties accorded to women in the last two decades, including the right to work and study.

When the Taliban first ruled Afghanistan from 1996 to 2001, they imposed a very strict Islamic law regime for women that confined and caged them in many ways. They forbade girls from receiving education and women the right to work.

If women wanted to leave their homes, they hid their faces and accompanied a male relative. Those who disobeyed the regulations were often humiliated and beaten in public by the Taliban's religious police.

A wave of attacks has targeted Afghan women in sectors such as journalism, healthcare, and law enforcement since the Taliban and Afghanistan's U.S.-backed government began peace negotiations last year.

Reports of atrocities reveal girls as young as 14 being executed for wearing body-hugging clothing or not wearing a veil.

"It feels like we were back in 2001. We've been fighting for 20 years and now have nothing. We've gone back to square one. Afghanistan is in a poor situation," said Zarifa Ghafari, the first female mayor of Afghanistan.

There is a lot on the line. A generation of Afghan women who have carved a place for themselves in society sees that space dwindle.