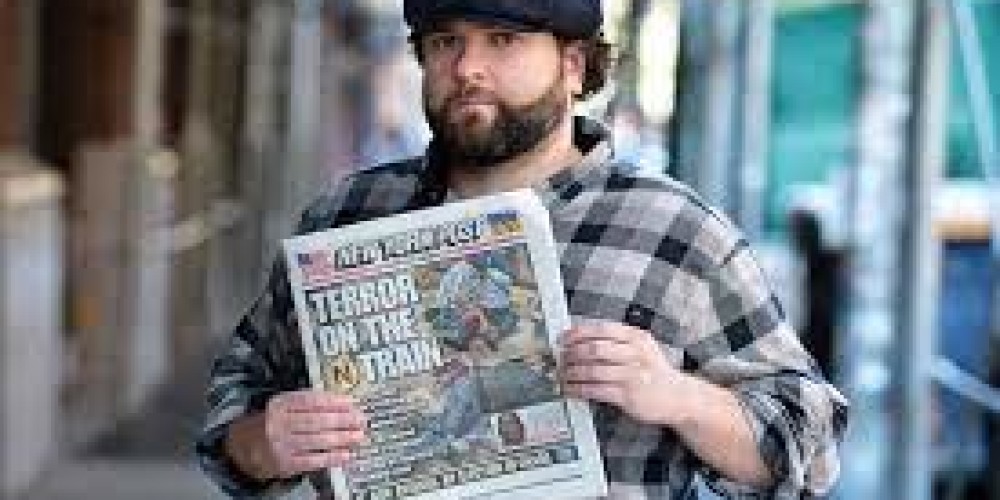 Immediately after a crazed gunman opened fire on a Brooklyn subway, a veteran who had served in Afghanistan jumped into action to save one of the victims, using the skills he learned in the military.

Fischer, 33, was preparing to transfer from the R train to the D train when he arrived at the 36th Street station Tuesday morning. Instead, he saw chaos.

In describing the mayhem that followed a suspect opening fire on the Manhattan-bound N train, he stated, "I saw the smoke.".

"I saw smoke and thought the train broke down.". When I walked up the platform, I saw the engineer telling the passengers to board the R train," Fischer recalled.

On Wednesday, Fischer was featured on The Post's front page applying a tourniquet to a wounded man's leg. He said he used his training as a US Army soldier to help the man, who was shot in the lower right ankle.

"The military emphasizes 'Stop the bleeding, high and tight tourniquets' from day one," added Mr. Orr.

He has a broken foot in his lower right foot, so I didn't want to elevate it. "I really wanted to stop the bleeding in order to have it ready when the EMTs arrived.”

In order to "take his mind off" what had happened, Fischer asked the victim banal questions about his background, such as how long he'd lived in the city and if he was going to college.

Fischer described the victim as being in shock at that moment. Then the pain starts. I tried to divert the victim's attention to something else.

Fisher described another commuter who was triaging victims and giving orders to helpers.

'He went around to all the different patients to assess them, so I thought he was in charge,' he said.

He said, "It was just like a whirlwind." Upon arrival, the police said, "Thank you so much, but we must get control of the situation," Fischer said.

"I walked a couple blocks and went to school, finished my day, and came home. My first reaction was, "What a crazy way to begin the day.".

A lot of people ask Fish how he knew what to do, so his suggestion is to always ask for help before taking action.

When you're in a situation like that, there's too many people around and nothing gets done, he explained. "I wouldn't have felt comfortable if I hadn't been in the military for as long as I was. You're dealing with people's lives."