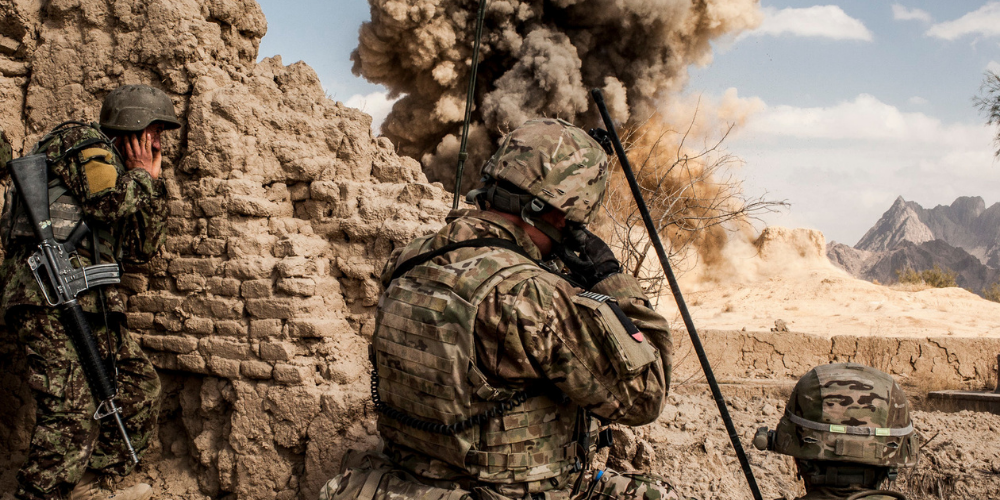 KABUL, Afghanistan — A powerful explosion rocked an upscale neighborhood of Afghanistan's capital Tuesday in an attack that apparently targeted the country's acting defense minister. At least 10 people were wounded, a health official said.

Several smaller explosions could be heard as well as small arms fire. It was unclear if the wounded were hurt in the explosion or by gunfire.

No one immediately took responsibility for the attack but it came as Taliban insurgents have been pressing ahead with an offensive that is putting pressure on the provincial capitals in the south and west of the country.

Interior Ministry spokesman Mirwais Stanekzai said the blast happened in the posh Sherpur neighborhood, which is in a deeply secure section of the capital known as the green zone. It is home to several senior government officials.

Stanekzai said it appeared the guesthouse of acting Defense Minister Bismillah Khan Mohammadi was targeted in the attack. His Jamiat-e-Islami party was told the minister was not in the guesthouse and his family had been safely evacuated.

A party leader and former vice president, Younus Qanooni, reassured the party in a message shared on social media that the minister and his family were safe.

The Defense Ministry released a video in which Mohammadi says that his guards had been wounded in a suicide attack. "I assure my beloved countrymen that such attacks cannot have any impact on my willingness to defend my countrymen and my country,” he says.

Details of the attack were sketchy even as it ended but it appeared that gunmen had entered the area after the explosion. Stanekzai said all four attackers were eventually killed by security personnel and a clean-up operation was conducted by police. All roads leading to the minister's house and guesthouse were closed, he said.

Hundreds of residents in the area were moved to safety, said Ferdaws Faramarz, spokesman for the Kabul police chief. He said security personnel had also carried out house-to-house searches.

At least 10 people were wounded in the attack and were taken to hospitals in the capital, said Health Ministry spokesman Dastgir Nazari.