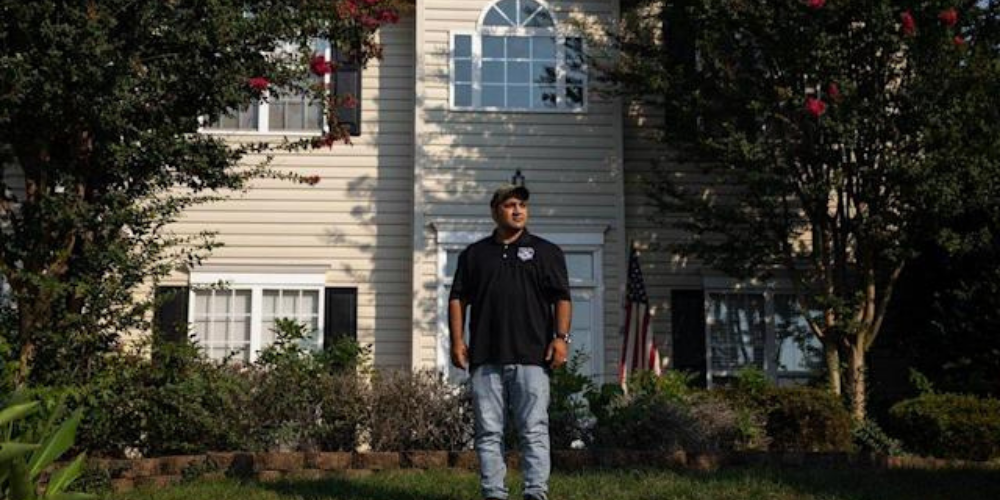 Zia Ghafoori, his pregnant wife and their three small children landed in the United States from their home in Kabul in September 2014.

He held five US visas - a reward for 14 years of service as an interpreter with US Special Forces in Afghanistan.

But the benefits stopped there. Upon arrival, Zia found himself homeless - sent to a shelter by a well-meaning volunteer who told him it would be a place for him and his family to start a new life.

Speaking to the source from North Carolina, where he now lives, he recalled struggling to look his children in the eye, apologizing for bringing them to the US.

"I couldn't control my tears," he said. "After what I had done for both countries, I was asking myself, 'Is this what I deserve?'"

But among his peers Zia, now 37, counts himself lucky to have made it to the US at all.

Tens of thousands of Afghans had served as interpreters, fixers, and local guides to US and allied soldiers since the start of the Afghan War in 2001 when Western forces invaded to wrest control of the Taliban's country.

Decades after the beginning of what would become America's longest-running conflict, President Joe Biden has vowed to withdraw US troops by 11 September - even as the Taliban appear poised to return to power.

Mr. Biden promised that a mass evacuation of interpreters would begin before August. On Friday, 200 Afghans out of an initial group of 2,500 arrived in the US to complete their visa applications and begin new lives.

On Monday, the US state department announced it would set up a second refugee program meant for Afghans who worked for US-funded projects and US-based media outlets and non-governmental organizations.

But these applicants face a clogged and complex visa process and the threat of a swift Taliban advance as the US winds down its 20-year War.

The danger to interpreters - marked for their work for the Americans - is grave. An estimated 300 interpreters have died since 2009 while seeking a US visa - a process that can take years, even under newer refugee schemes.

The delays have stung Zia.

"These people stood up and fought shoulder and shoulder to support both countries… and we're closing our eyes and leaving them there, leaving them to die," he said.

He felt "strange", he said, daunted by the prospect of leaving Afghanistan behind. "I can't take anything I had built."

The Taliban forced his hand. His family had begun receiving "night letters" - handwritten threats from the militants meant to discourage cooperation with US forces.

Three months after their approval, Zia and his family boarded a commercial airplane for Nashville, Tennessee - weighed down by several duffel bags of clothes and a $6,500 bill for the flight.

When they landed, they found no support or safety net. Zia was startled by the unfamiliar.

"I couldn't find any Afghans over there," he said.

Zia loaded his family into a hired taxi and drove one state over to Manassas, Virginia, where he had heard lots of Afghans lived. They stayed in a hotel while Zia tried to get his bearings, reaching out to organizations meant to help special immigrant visa holders.

After a few weeks, a volunteer called back, saying they had found his family a place to live and begin their lives.

"She took me to a homeless shelter," Zia said. "I looked around and said, 'this is not a place for my children to grow up.'"

They had nowhere to go, and Zia again felt let down by the country that had promised to take care of him. His kids, too young to fully understand, were scared and confused. Each day, they asked their father about the family and friends left behind and when they went back home.

'This is your house.'

Desperate, Zia placed a call to his former captain and told him where he was.

"He was so pissed off," Zia said. Days later, his captain arrived in Virginia and drove Zia and his family back to North Carolina.

"I will never, ever forget that."