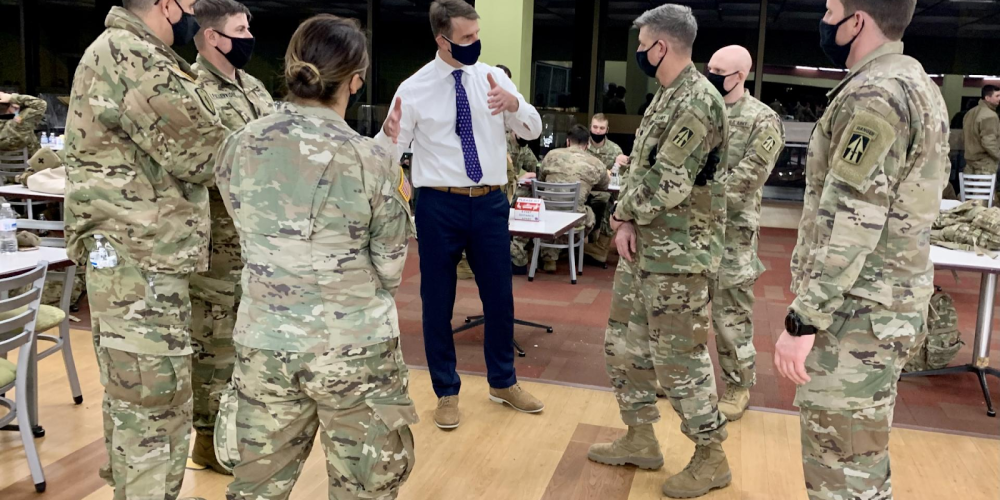 The service member was examined and treated at the Stuttgart Army Health Clinic, according to a statement made Monday by US European Command spokesman Chuck Prichard, and is still in isolation "recovering in their quarters" on site.

The age, rank, unit, and military occupational specialty of the individual have not been disclosed.

Prichard had no idea where the service member became sick. Still, he recognized the virus as the "West African strain," generating an outbreak that has affected 1,360 people in 31 nations where the disease isn't endemic.

According to Prichard, other incidents among military troops, civilian employees, or family members in European Command have not been documented.

Earlier in June, a non-active duty military health beneficiary was treated at the Tripler Army Medical Center in Hawaii for monkeypox.

CDC reports that monkeypox is spread through prolonged physical contact with an infected person or animal. In addition, parasitic infections can be transmitted through contact with infectious sores or pox. These large respiratory droplets can settle on items used by infected patients or prolonged face-to-face communication with those infected.

The current outbreak began on May 6 in London and has since spread throughout the United Kingdom and Europe, accounting for 87 percent of all cases worldwide. The United States had 45 confirmed cases as of June 8.

The virus has caused no deaths anywhere in the world. The West African strain of the virus is expected to have a lower mortality rate — less than 3% — than another endemic in the Congo Basin strain, which has a case fatality ratio of up to 10%.

Even if they don't suspect they were exposed to a suspected case, the CDC recommends seeing a doctor if they develop an atypical rash or lesions.\