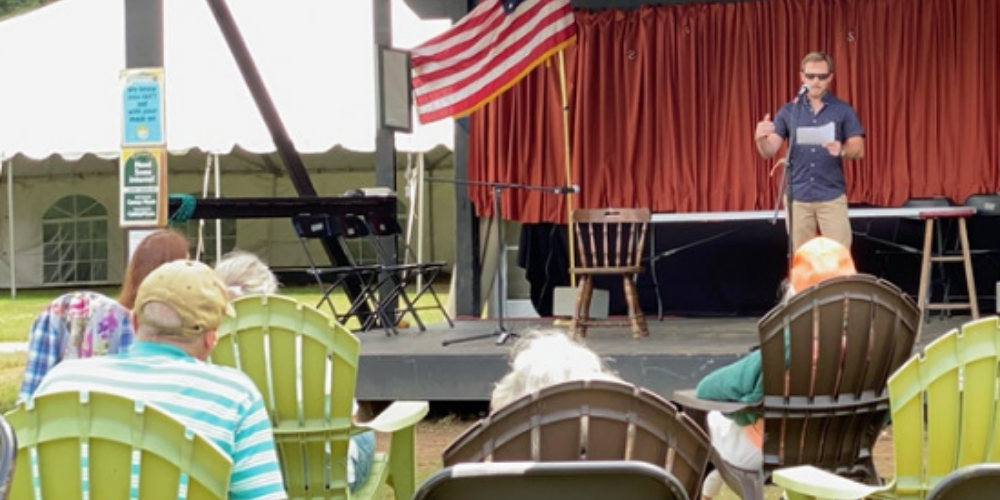 This summer, Vermont's veterans are taking the stage and sharing their stories across the state at town hall events that offer an opportunity for meaningful dialogue about the experience of those who served.

For many veterans, reintegrating back into society can be a difficult process, and through it all, they say it's important for people around them to understand what they're transitioning from.

Kyle Aines of Rutland joined the U.S. Army in 2003, serving two tours in Iraq as a combat medic. He's one of several Vermont veterans speaking at Vets Town Halls, and even though it can be nerve-racking to get in front of the microphone, he said having an audience is important.

"We just need ears," Aines said. "We need someone to listen to us because we've been through it, and we just want some backing."

Aines' reintegration journey after his service brought him to Castleton University, where he graduated with a degree in criminal justice. He's now the Associate Director of Veterans and Military Services at the Community College of Vermont. It's a role he's well suited for – it wasn't too long ago that he was one of those students struggling with PTSD and the reintegration process.

"Me allowing myself to be open with them, express how it affected me and how it still affects me, how I deal with it in my life with my family, education, and professional occupations, I think they see that," Aines said. "They hear it, and they can relate a lot to what they're feeling, and with that relation comes rapport."

This summer, the Vets Town Halls across Vermont have offered a similar opportunity to be open about those struggles. Still, the key difference is the audience – parents, kids, elected officials, fellow vets and more, all coming out to listen.

One town hall at a time, Kyle has seen the level of understanding and connection become stronger.

"It's grown to the point where we've had community members ask us if it's okay to ask questions," Aines said. In the beginning, that wasn't part of it, but we tried it out, and we got some great responses from the veterans and the community members who were grateful that they were able to ask some questions. We've had veterans come up and decide they want to write a poem that speaks to them about their service; that's okay too."

He added that events like this are important for veterans who didn't have that outlet after their service, particularly those who served in Vietnam and often returned home to backlash.

"A lot of them are scarred from that still and have a tough time coming up sometimes because it's not the experience they had where they can come out, speak about it and feel that they're being listened to. I think as a whole, as a country, we've grown to understand that, but I still think we have work to do on that," Aines said.

Kyle's town hall will be held on August 8 at 1 pm at the Godnick Center in Rutland.