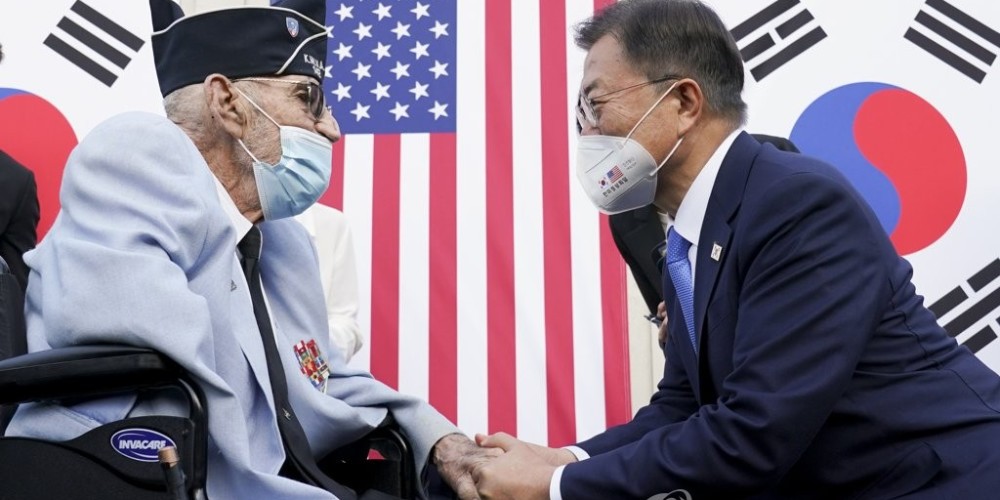 Hwang Ki-chul is set to attend the funeral on Friday (local time) to deliver President Moon Jae-in's condolence message to the bereaved family and console them on behalf of the Seoul government, according to the Ministry of Patriots and Veterans Affairs.

"From his participation in the war to the last moment of his life, Col. Weber has given everything to the efforts to honor and remember the sacrifice and devotion of the war veterans," Hwang was quoted as saying.

"Our government will not forget his wishes and make all efforts to ensure the South Korea-US alliance forged in blood will continue into future generations," he added.

During the 1950-53 conflict, Weber served as a member of the 187th Airborne Regimental Combat Team and joined key missions, including the Incheon Landing Operation, to repel North Korean invaders. He lost his right arm and right leg in a battle in Wonju, 132 kilometers east of Seoul, in 1951.

After retirement, Weber devoted his life to ensuring the world never forgets the Korean War.

He has advocated for establishing monuments honoring Korean War veterans, including the Wall of Remembrance in Washington that carries the names of American servicemen and Korean Augmentation Troops to the US Army who lost their lives in the war.

More than 1.78 million US service members fought alongside South Korean troops under the UN banner in the war, which ended in a truce, not a peace treaty. (Yonhap)