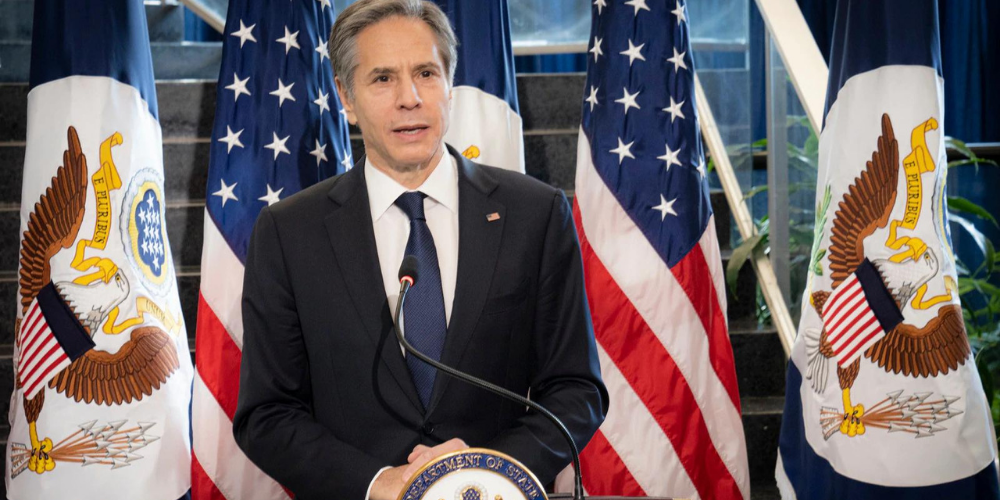 DUBAI, United Arab Emirates — The top diplomat of the United States on Thursday began a visit to Kuwait, where he held talks with high-ranking officials in the Gulf Arab sheikhdom that has long been a staunch U.S. ally in a turbulent region.

Blinken arrived in Kuwait City late Wednesday from India, where he sought to strengthen a regional front against Beijing’s assertiveness in the Indo-Pacific and boost cooperation in Afghanistan. American forces are completing their withdrawal from war-scarred Afghanistan after a 20-year military campaign, a drawdown that's rippling through the wider region.

The nation of Kuwait, home to 4.1 million people, is slightly smaller than the U.S. state of New Jersey and sits on the world’s sixth-largest known oil reserves. It has been a critical U.S. partner since the 1991 Gulf War expelled the occupying Iraqi forces of Saddam Hussein.

The country hosts some 13,500 American troops, most based at Camp Arifjan south of Kuwait City, and the forward command of U.S. Army Central.