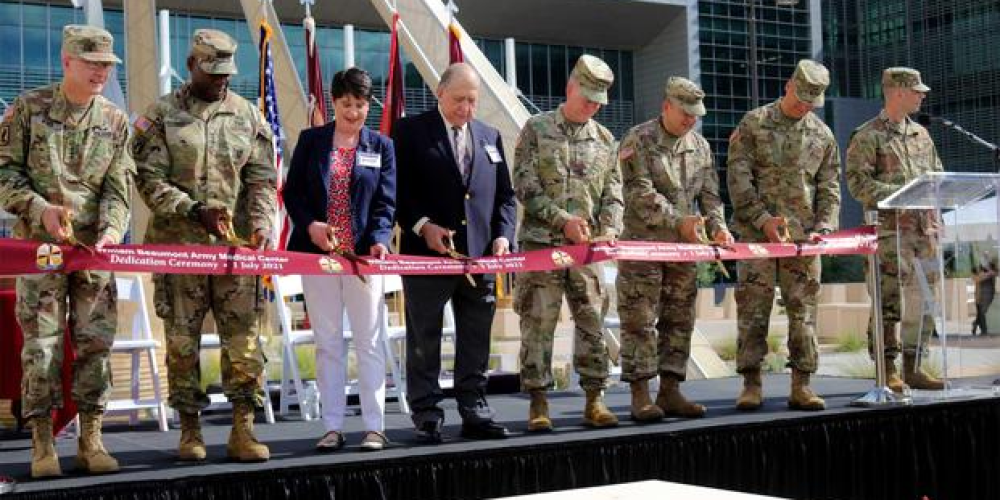 Water limitations at the William Beaumont Army Medical Center in Fort Bliss, Texas, have been maintained this week, just nine months after it opened.

Sediment and discolouration were discovered throughout the hospital last week, and the facility's water was only suitable for handwashing and showering as of Wednesday. However, it remained unsafe to drink and carry out particular medical necessities, including surgery.

According to a base press statement, on March 25, employees detected debris in the water in one department. Tests conducted around the hospital showed that the sediments had spread throughout the facility and could not be contained to one area.

The fundamental culprit, according to hospital officials, "lies within the hospital's internal plumbing."

As a replacement for an old medical centre 10 miles away, the $740.4 million projects was supposed to open in 2017. As a result of the epidemic, the opening date was moved back to September 2020 and then to this year, at $1.3 billion.

According to officials, experts from the US Army Environmental Command, Defense Health Agency, Corps of Engineers, Army Installation Management Control, and Army Medical Command have responded to the matter.

"On the ground, we have the right experts, and everyone is working around the clock. I'm not a scientist, but the work these people do is incredible, "The spokesperson, Lt. Col. Allie Scott, said

Due to the problems, the hospital is diverting new trauma patients to local hospitals, and all elective surgeries have been postponed. According to Scott, equipment sterilisation takes place at numerous places off-site.

The water problems appear to be limited to the William Beaumont Army Medical Center site and do not affect any other base housing or work locations.