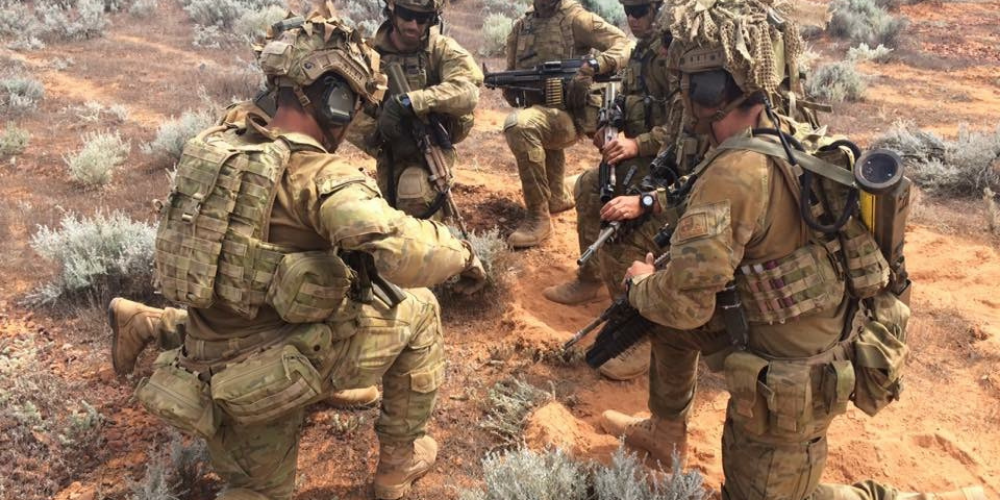 Eight years after deploying to Afghanistan, a group of Army veterans found themselves back together.

On Saturday, they walked through the Indiana Veteran's Home Cemetery, righting gravestones that had shifted over the years.

The veterans, a group from the U.S. Army 384th Military Police Battalion Headquarters and Headquarters Company, deployed to Parwan Province, Afghanistan, from October 2012 to June 2013. Their mission: to train and aid Afghan National Army forces at a detention facility before turning over control to them.

Eight years later, the group spent the weekend in Lafayette reconnecting for the first time since deployment. The Warrior Reunion Foundation facilitated their latest gathering.

"We thought this would be a great opportunity to bring everybody together," Ryan Trieschman said.

Even though people are only like an hour or two away, sometimes it's hard to connect because everybody's lives are so busy," Trieschman said. "Being able to sit around a campfire last night, and partake in some beverages and just talk and have a fun time."

Started after their reunion five years after deploying to Helmand Province, Afghanistan, Marines with India Battery, 3rd Battalion, 12th Marines, created Warrior Reunion Foundation to help other veterans reunite and continue the fellowship built in the military by planning and paying for reunions for other units.

Part of the reunion weekends, groups come together for a community service project, much like what members of the 384th did at the West Lafayette veterans' cemetery.

"So having those stories and sharing things you've forgotten and like just memories of each other as what you know what really makes it makes it fun and exciting to be here," Trieschman said.