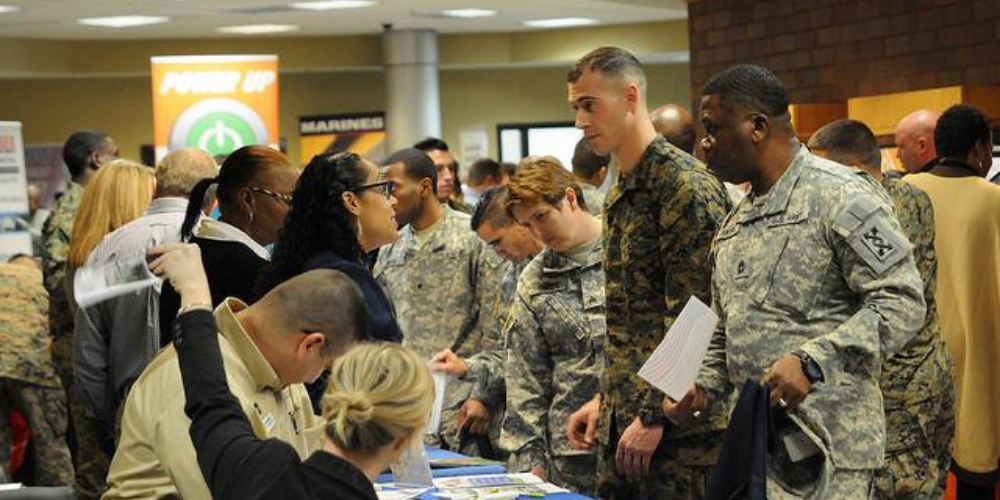 Getting a job is central for any military member leaving the service behind and joining the civilian world. But the difficulties of transitioning out of the military don’t end with onboarding in a new company.

Veterans still have years to go after getting their first post-military job before they can declare their transitions successful. Many still may have to grapple with the lingering mental wounds of war. The first job they get may not be one that allows them to grow as people or employees.

Now, a new study suggests that what goes on in their first workplace may test their successful transition even more. Hill and Ponton, a Florida-based law firm that specializes in helping veterans, gathered data that looks at some of the results of life during that first job.

When compared to non-veterans in the same or similar careers, 19% of newly separated veterans made under $25,000 in their first post-military job. Civilians were only 8% likely to make so little. According to the U.S. Department of Health and Human Services, this would put a family of three just above the poverty line.

One reason for this may be the service member’s focus on securing a job -- any job -- to have an income after leaving the military. But “any” job is never as good as the right job. Because …

2. Veteran are five times as likely to be dissatisfied with their work.

Only 2% of civilians surveyed reported getting absolutely zero satisfaction with their current job. For veterans, this number ballooned to 11%. This means of the estimated 200,000 veterans who leave the military every year, 4,000 of them find jobs that do not satisfy them. This is an especially problematic result.

Veterans who are underemployed when leaving the military are being stripped of the sense of purpose, pride and responsibility they felt while in uniform. This sudden change for the worse can cause anxiety, stress, depression and may lead even to suicide.

3. Veterans are more likely to experience harmful stresses from their work life.

The study evaluated respondents, both civilian and former military, on four areas of mental wellness: work burnout, depression, nervousness or anxiety, and an inability to stop worrying. In all four areas, separated veterans reported significantly higher levels of these stressors.

The good part is that veterans also reported higher levels of the ability to cope with those stressors. According to the results, the trials experienced by vets during their service had a significant impact on their abilities to handle stress.

4. Veterans feel stuck at their jobs.

More than one in four veterans reported that they felt no opportunity for advancement existed at their current job. Moreover, they felt less optimistic about relationships with co-workers and superiors than non-veterans.

Syracuse University’s Institute for Veterans and Military Families (IVMF) says this kind of job dissatisfaction is one of the reasons veterans are known to leave their first post-military job after a year or less. It sets a bad trend for future separated veterans and can hurt their chances of getting hired down the road.

The key takeaway from these survey results is that it is imperative for separating veterans to find sustainable employment that challenges them and facilitates their personal and professional growth. Anything less leads to underemployment and its associated health risks.

To find that challenging job, the survey notes that a majority of satisfied veterans found their first post-military job through online job boards, like the postings from Military.com’s parent company, Monster.

This news has been sourced from https://www.military.com/veteran-jobs/4-common-struggles-veterans